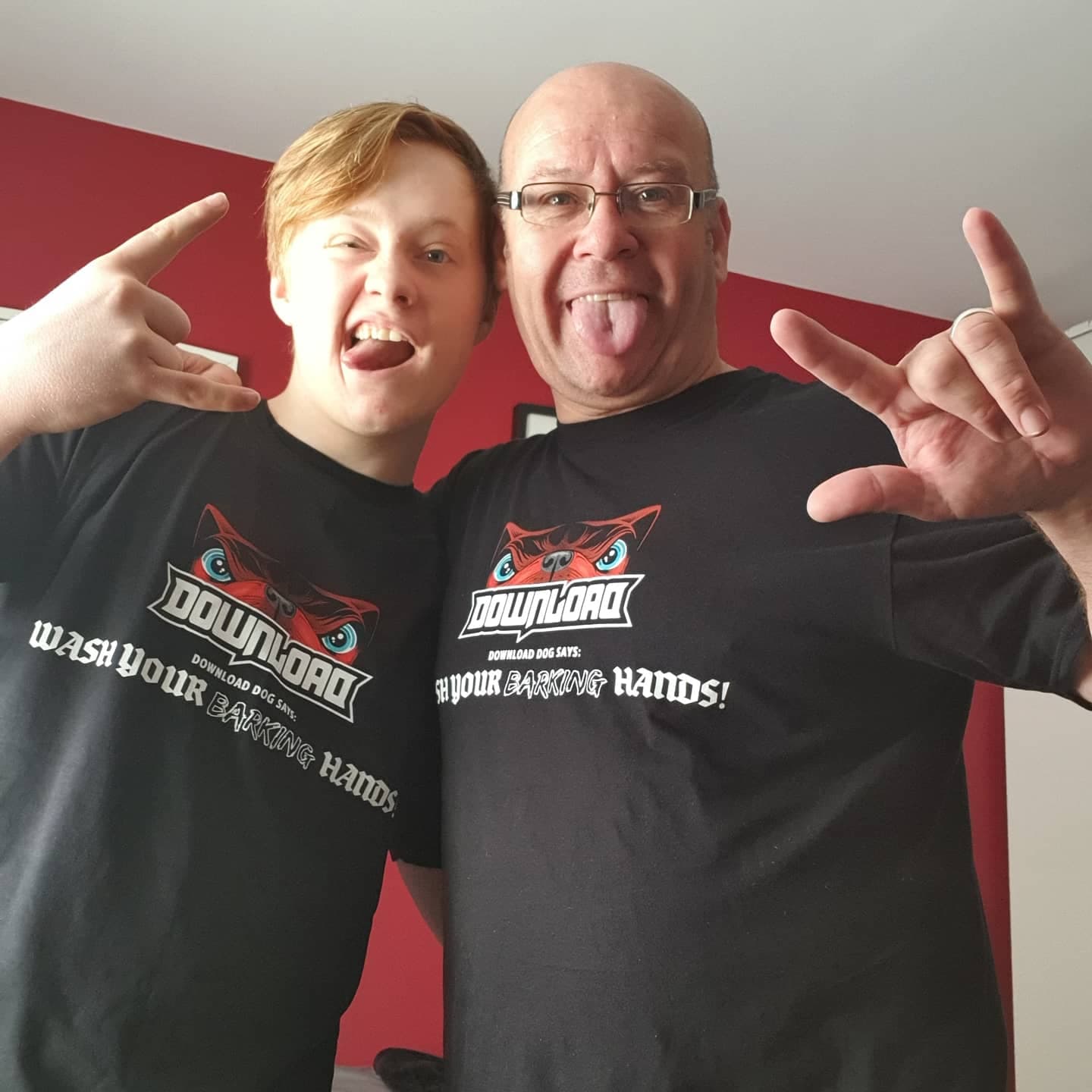 When we say all Circl8 is, is a series of relationships, Paul Nield & station founder Dan Schott go back to their teens.

Both metalheads before Madchester grabbed the latter, the pair have always shared a deep passion for music and are both massive The Doors fans.

So when the radio idea first came about, Paul was always someone Dan was very keen to get involved at the station.

Paul has a son called James.

Very unsurprisingly to anyone who knows his parentage and pedigree beyond that, Nield Jr has recently started studying ‘Music Technology’ at college, as well as being an EXTREMELY gifted drummer for State Of Mind.

Plus he’s another total rocker, having been to some amazing gigs with his parents growing up.

The pair come together every Saturday at 1pm for ‘Dad N’ Lad Rock Show’, starting this weekend.

We asked Paul what to expect:

“I was going to suggest that hopefully the show will show how rock music carries across the generations?

We both pick the songs and sometimes it’s James picking the old classics, but also shows some the modern generation miss out on too. We’ll do a couple of theme shows along the way.

Our pilot is a little ropey* but I’m starting to get ask James why he picked certain songs, him not liking my songs, or haven’t heard of them so it’s hopefully an education too…”

Every Saturday at 1pm only on Circl8. Repeated Thursday at 10pm.

This will be the first time we welcome John back since his brilliant 'Live in Chester' 💿 was released. With Katherine joining us as well, this show will be a classic.

Mike Garry and the Cassia String Quartet will be in Chester at St Mary’s tomorrow…you really should be there too!

Brimming over with absolute #Chester quality 🤟

Local music. We LOVE it.