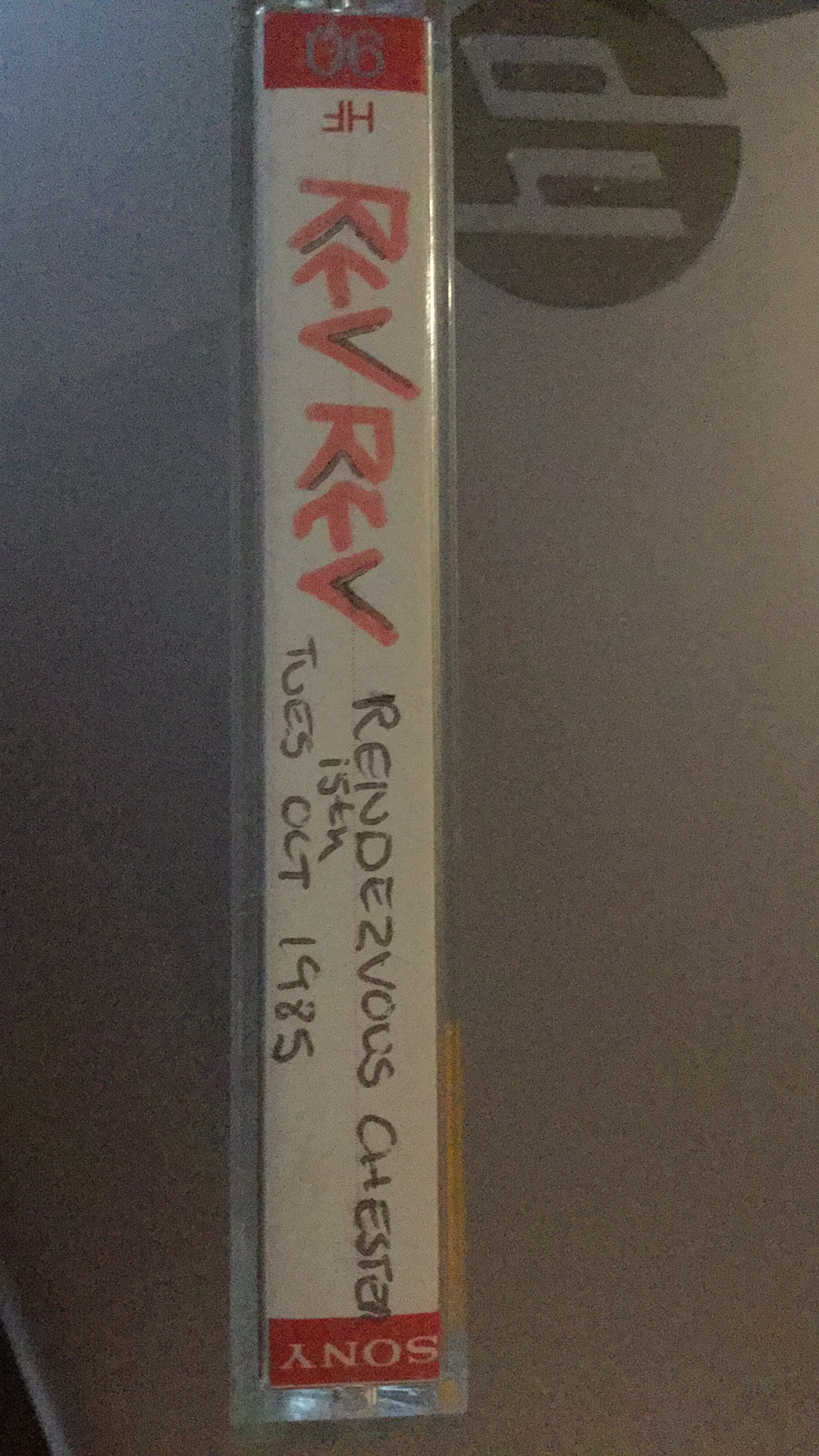 THIS is what it’s all about for us a radio station.

Tonight from 9pm you’re in for a very special rare treat.

From the cassette archives of Richard Starbuck comes a very early FULL Rev Rev performance at Rendevous Chester from the 15th of October 1985!

Let’s not mess about here. Rev Rev were possibly THE greatest band to come from Chester.

I’m aware everybody thinks that’s Mansun’s crown but to be fair, they weren’t even the best band in Telford’s Warehouse on those legendary open mic nights in the mid 90’s but that’s another story.

Rev Rev were exciting. Experimental. Heavy. DIY before DIY was a thing.

The band were supporting The Long Ryders.

I grabbed hold of singer-songwriter Shem Sharples to ask what he remembered about the evening:

“…We’d only just recently had Sean (O’Halloran) leave at end of August and it was a new set, which we were not quite nailed with at the time.

It was a good gig though and the Longys were good. They were being recorded for Andy Kershaw on BBC Radio One. We didn’t get a look in there though….”

Tonight at 9pm. Exclusively on Circl8. Dusk on the Dee 💙

This world without You is meaningless, terrible and hopeless.
Come into my dreams, sing, talk and laugh.
Your voice is the only thing that can make me feel alive again.
#ChesterBennington #Chester #CelebrateChesterLife #RIPChester

We're hiring in #Chester, NY! Click the link in our bio to apply to this job and more: Supervisor, Transportation at Fresenius Medical Care #SupplyChain

Will Using A Dash Cam In Your #Car Help With An #Accident Claim? - Bartletts #Solicitors